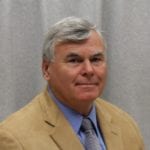 Dr. Fisher specialized in structural steel research and development. He has spent a large part of his career investigating building systems and the study of economical structural framing systems. In recent years, he has become recognized as an authority in the performance of structures and the design of light gage steel structures

His work has also resulted in his co-authorship of twelve books. In addition, he is the author of many technical publications in the field of Structural Engineering.

Dr. Fisher received the 1984 T.R. Higgins Lectureship Award presented by the American Institute of Steel Construction, and in 2000 he received AISC’s Life Time Achievement Award. Both awards recognize Dr. Fisher for his exceptional contribution to the steel construction industry through his work and publications on industrial building design.