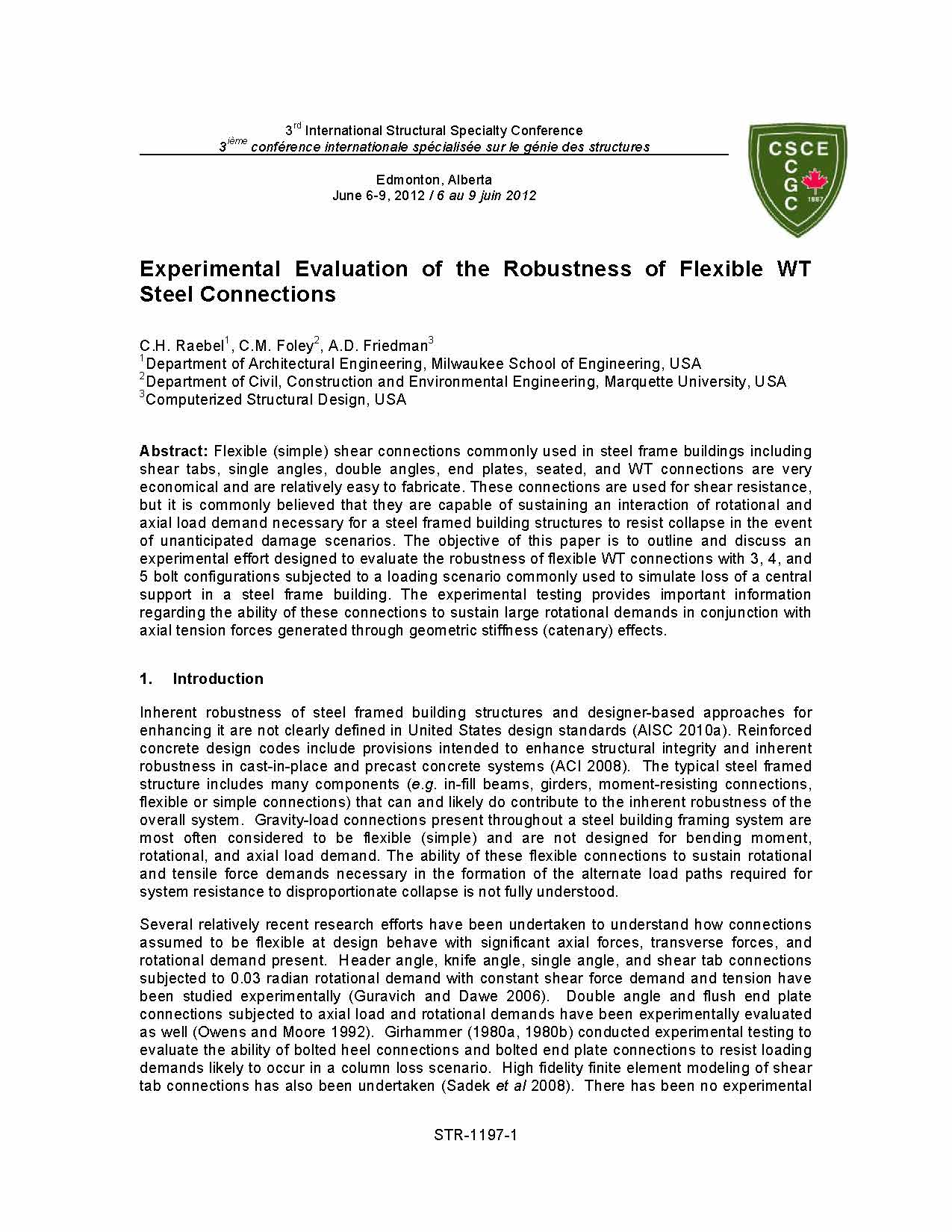 Flexible (simple) shear connections commonly used in steel frame buildings including shear tabs, single angles, double angles, end plates, seated, and WT connections are very economical and are relatively easy to fabricate. These connections are used for shear resistance, but it is commonly believed that they are capable of sustaining an interaction of rotational and axial load demand necessary for a steel framed building structures to resist collapse in the event of unanticipated damage scenarios. The objective of this paper is to outline and discuss an experimental effort designed to evaluate the robustness of flexible WT connections with 3, 4, and 5 bolt configurations subjected to a loading scenario commonly used to simulate loss of a central support in a steel frame building. The experimental testing provides important information regarding the ability of these connections to sustain large rotational demands in conjunction with axial tension forces generated through geometric stiffness (catenary) effects.

Connect with the Experts

CSD is dedicated to the success of your project. Our team of experts brings an unmatched level of ingenuity and experience to provide value to our clients. To move your project forward, contact us via phone or email today.